...and we come to a fork in the road, and we choose a new direction

Several of you have asked me about my blog lately. I know I threatened to start writing again and I just haven't felt motivated to. But I have decided that I will, at least for the time being. I decided this AFTER going back and rereading old posts about previous experiences, especially with my left ear.  I say this often, and I'm saying it again; I have forgotten more than I will ever remember.  You would think that big things would stick with you, but it's amazing that sometimes they don't.  After last week's relatively successful activation, I went back to reread my documentation on this site from my 2008 activation just so that I could compare the two.  I was astonished. I recounted an almost identical experience with this left ear back in 2008. I actually heard sound at the initial stimulation of the device, and I was pleased with it.  It is amazing how the mind not only forgets but changes perception over time. When I look back at that left ear device that I h
1 comment
Read more 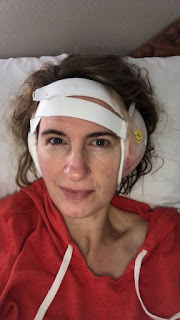 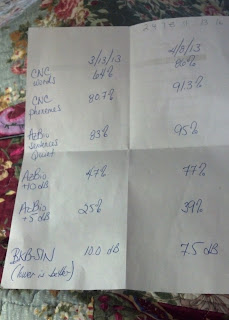 Calling It By Name: